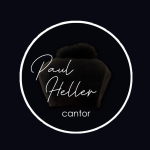 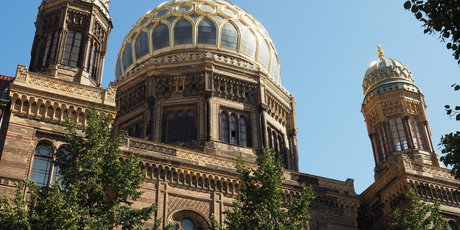 Keeping the legacy of Louis Lewandowski
From a lecture at the European Cantors Association,Hungary 2016

Tina Frühauf has given us a book that is as much about Jewish identity as it is about music. She presents the organ as a marker of Jewish identity: at first as a marker of assimilation in the context of nineteenth-century reformation, and later as a marker of dissimilation, as Jewish musicians sought to find a unique voice.
The introduction of the organ into Jewish worship in Germany in 1810 stirred up a fierce controversy. In the opinion of most traditional Jews, the organ was treyf, totally unfit for Jewish worship. Since the fifteenth century the organ had been associated with Christian worship, and halakha forbade hukkat ha-goy—imitation of gentile practices. Furthermore, after the destruction of the Temple in Jerusalem, the rabbinic authorities had declared that the entire nation was in a state of mourning, and music, especially instrumental music, was inappropriate. And playing any musical instrument on Shabbat or a holiday was considered forbidden work (or might lead to the forbidden work of repairing an instrument). But the reformers countered that beautifying the worship service was one of the exceptions to the halakhic ban. They also pointed to the precedent of the magrephah, (according to some interpretations) a hydraulic organ used in the Temple in ancient Israel many centuries before the organ was used in Christian worship.
But the elephant in the room was the early reformers’ plan to remove any aspects of Judaism that were dissonant with the lifestyle of their German Lutheran neighbors. They eliminated traditional nusah (prayer chant) and cantillation, and completely did away with the role of the hazzan (cantor). The rabbi, like his counterpart in the church, led the services, and the music consisted of chorales sung by the choir and congregation, supported by the organ. For the emancipated Jews of Central Europe the organ came to symbolize the enlightenment and their assimilation into a refined culture and a society into which they so desperately longed to be admitted.
Decades later, moderate reformers sought a middle ground in which the hazzan regained his position on the bimah alongside the organ and the choir. Now the organ was used to accompany the cantorial recitative, to perform preludes and postludes, music for meditation, as well as to accompany congregational singing. Salomon Sulzer, the great cantor of nineteenth-century Vienna, reversed his initial opposition to the organ and opined that the mighty instrument could be used to “lead, control, to cover dissonances” in congregational hymns. His younger colleague in Berlin, Louis Lewandowski, composed organ accompaniments to traditional recitatives that boxed their free rhythms into a rigid meter of four beats to the bar, and their exotic Eastern modality into German classical functional harmony. Again the organ was being used as an instrument in the battle to purge Jewish culture of its “otherness.”
It was not until the first decades of the twentieth century that organ music displayed signs of dissimilation. Whereas nineteenth-century synagogue organists were church musicians who moonlighted on Saturdays, now we find a cohort of trained Jewish organists. Whereas previously enlightened Jews were eager to discard their otherness, now the banner of nationalism was ascendant. In the wake of growing antisemitism and inspired by Zionist ideologies, many Jews embraced rather than hid their ethnic identity. Inspired by composers such as Bartok and Rimsky-Korsakov, Jewish musicians sought to find their own unique voice, one that would blend East and West in a more equitable balance.
In the Jewish cultural realm, the organ can be heard in American Reform temples , in some British synagogues, as well as in the remote Jewish communities of Argentina and Curaçao. However, the organ in the synagogue represents a music culture deeply rooted in the German-Jewish tradition of the 19th and 20th centuries. That today it is rather a neglected part of Jewish tradition, may lie in the fact that the organ was never elevated from its controversial status in Judaism. A rather marginal entity, the synagogue organ remains an oddity for Jews and non-Jews alike. Nonetheless, the German-Jewish tradition deserves to be remembered in light of its brutal elimination during the Third Reich. Indeed, this musical culture clearly shows the Holocaust’s effect on music as a paradigm of ‘culturecide’.

Consider the discussion on Felix Mendelssohn, who “can hardly be part of the history of Jewish music through his own compositions…. Nonetheless Mendelssohn is part of the history of Jewish music not only because he was the grandson of the most important maskil [an enlightened Jew, who embraced the Enlightenment as interpreted within the Jewish community] in Jewish history, but because he inspired countless Jewish youth throughout the nineteenth century to become musicians, some of whom remained Jewish and devoted their talents specifically to Jewish music” (p. 209). Mendelssohn’s music is not Jewish, so the authors imply. Nonetheless, they also state, “[t]he Mendelssohn sound—a mixture of 1830s Biedermeier harmony with the sentimentalism of the period—became the ideal for the German reformers inside the synagogue (Louis Lewandowski’s music is the most well-known), and once accepted there it became the new sound of Jewish music wherever it was performed” (p. 211). Self-contradicting? Perhaps, but reasonably so. Ideas that might contribute to a better understanding of Mendelssohn’s case can be found in literature that seems far removed from the study of Jewish music, but is still highly relevant. Such are, for instance, the core writings on constructing cultural identity, both published in 1983: Eric Hobsbawm and Terence Ranger’s The Invention of Tradition (Cambridge: Cambridge University Press) and Benedict Anderson’s Imagined Communities (London: Verso). These, with more recent contributions to the topic, facilitate a very different perspective. Mendelssohn did not continue a Jewish musical tradition; rather, he created one—at his time (sadly, also today), an unforgivable sin in terms of orthodox Judaism, where preservation, not creation, is the defining norm.

In 1623, Salamone Rossi (c.1570-c.1630) published the world’s first collection of notated choral music for the synagogue in Western, late-Renaissance style. Following this singular achievement in synagogue composition, no significant choral activity occurred in Jewish music until the tenure of Salomon Sulzer (1804-1890) in Vienna. Sulzer’s publication in 1839 of the first comprehensive collection of choral-cantorial repertoire for the Jewish liturgy unleashed a wave of interest in synagogue choral music throughout Europe, most notably in two other major compendiums of new Jewish choral repertoire, published by Samuel Naumbourg (1815-1880) in Paris and Louis Lewandowski (1821-1894) in Berlin.
Sulzer obtained both a Jewish and Western music education; in addition to being a cantor and synagogue composer, he was a famous vocalist in the secular world, specializing in the art songs of Schubert. During his long career as cantor at Vienna’s Seitenstettengasse Temple, Sulzer published two volumes of synagogue choral music, entitled Schir Zion (1839 and 1865). These collections tie together three musical elements; they include edited transcriptions of traditional cantorial chants, new music by Sulzer, and music that Sulzer commissioned from his non-Jewish contemporaries.
The circumstances that permitted Sulzer’s great achievement in Vienna (and, ultimately, parallel achievements by synagogue composers in Paris and Berlin) center around two phenomena of the late eighteenth and early nineteenth centuries. Jewish Emancipation, which began its rumblings in the late eighteenth century, opened doors to allow Jews to participate in society. The Reform movement in Judaism inspired Jews to re-imagine new formats and possibilities for worship; however, it also tended to extend too far in eradicating important aspects of tradition, such as cantorial chant. Sulzer, Naumbourg, and Lewandowski managed to preserve much of the traditional art while also championing new music for Jewish worship.
Samuel Naumbourg brought his German training and sensibility to Paris, where he worked alongside his Jewish colleagues, Giacomo Meyerbeer (1791-1864) and Jacques Halévy (1799-1862), who achieved great fame for their French Grand Operas. As cantor for the Ashkenazi Temple, Naumbourg composed new music for the synagogue in Grand Opera style and commissioned other composers, such as Halévy, to contribute compositions. The primary thematic material of Naumbourg’s prayer setting, El Adon, appears prominently in Meyerbeer’s subsequent opera, Le Prophète, which is the opera that particularly drew the ire of Richard Wagner (1813-1883) in his pamphlet Das Judenthum.
Louis Lewandowski’s rise to fame was slower and more methodical than either Sulzer’s or Naumbourg’s. Although he showed early promise as a cantorial assistant and a young student of music–the first Jew ever to attend the Berlin Academy of Arts–an illness set him back from career development. When he recovered, he took a behind-the-scenes job assisting the cantor in preparing a new chorus to sing Sulzer’s music at the Heidereutergasse synagogue in Berlin. After years in this thankless position, Lewandowski achieved the title of music director to accompany his work. Although evidence shows that he began composing and integrating his own compositions into the liturgy early in his career, Lewandowski did not begin to publish his music until 1871 (a volume of largely cantorial and two- and three-part prayer settings, entitled Kol Rinnah u’T’fillah ). He later published a two-volume set of major synagogue choral repertoire:Todah W’Simrah (1876).
The synagogue music composed by these three masters circulated throughout Europe and beyond, created a Jewish choral culture that persisted for over a century, and inspired countless other composers to contribute to the repertoire.

This is one of his non-synagogue compositions

At St.Martin in the Fields

At St.Martin in the Fields